Winter Skills and Navigation with KES 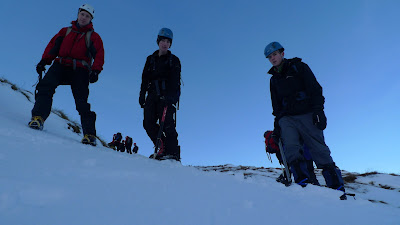 I spent the weekend down in the Loch Tay area with King Edward school from Sheffield. On Saturday we headed down Glen Lyon and headed up Stuchd an Lochain from the dam at the end of Loch an Daimh. Although the snow line was quite high it only took us about 50mins before the students were learning lots of new winter movement skills. They started off learning about using the boot as a tool and then progressed further up the mountain were crampons and ice axe were introduced. There was some excellent flat ice as well as steep snow to practice on.
New skills acquired we headed up to Sron Chona Choirein and then decided as time was a little short to forgo the Munro top and drop into the north facing bowl to look at some ice axe arrests on some hard neve! 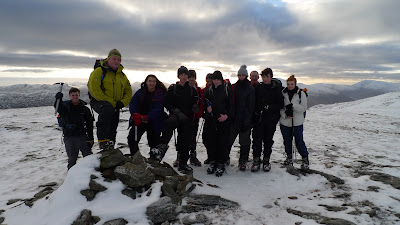 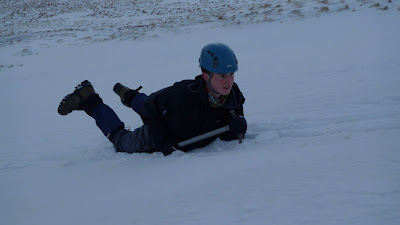 ﻿
We then dropped down via Lochan nan Cat to the loch edge and headed east back to the bus. All the ground was frozen solid as well as the loch which provided the boys in the group with the chance to see how easy it was to break 5cm thick ice, thankfully non were silly enough to stand on the  frozen loch! It was difficult terrain along the side of the loch and so was dark by the time we returned to the bus but everyone had had a great day. 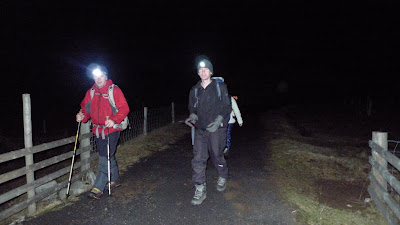 ﻿
After that it was a quick drive past the Ben Lawers visitors centre in search of a snow drift for Sunday. There was a brief moment of concern when it was thought that a wolf was spotted from the minibus but thankfully it turned out only to be a friendly dog!
We had planned Sunday as a emergency snow shelter day but with a high snowline and the KES team having to do the long drive back to Sheffield it was decided to use the area north of Schiehallion for some navigation practice before jumping back in the bus and heading south around midday. 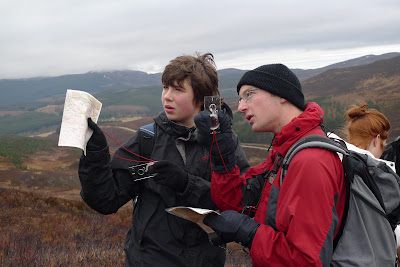 A great weekend and I am looking forward to March already when we have a bothy trip planned together. Thanks to Mike, Chrispin, Andy and all the KES Pupils for a great weekend.
﻿
Posted by Sandy Paterson at 4:40 pm