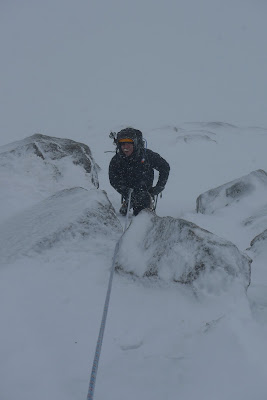 Moshe and I headed into Sneachda this morning in what was a breeze but nice and cold morning. All the old soft snow had re-frozen and the fresh snow that had fallen over night had been dumped on the south facing slopes by the northly winds. The corrie was not too busy with teams heading to most of the usual gullies. We chose Central Left as our route for the day, with the aim to take in as much of the rocky rib section as possible to push the grade closer to II rather I. 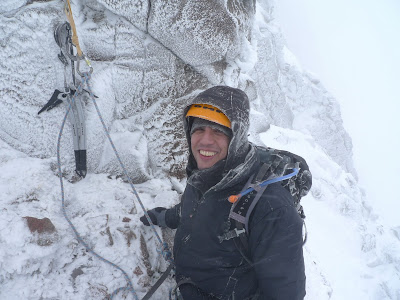 ﻿
The approach slopes were solid and hard work on the calf's but once on the route there was some great neve to climb on and some useful ice in places as well. Many of the cracks were chocked with ice but the belays were excellent and we had the route to ourselves, apart from one pair who decided to move together and then just traverse in above us, needless to say I was not impressed.
The little ice pitch at the top of the routes was formed well although thinner than I was expecting. Once at the top it was a few navigation legs to get us back to 1141 safely as visibility was about 40m.
A great day out and Moshe did really well for his first climb summer or winter. 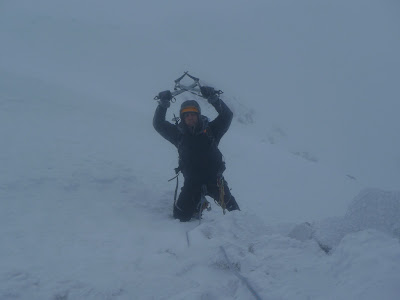 Posted by Sandy Paterson at 2:28 pm