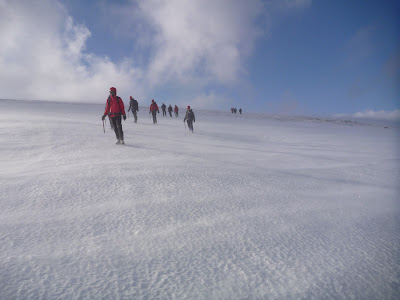 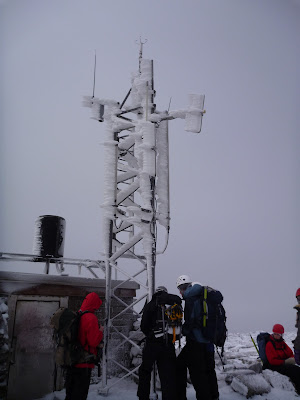 I was out in the Cairngorms over the weekend with King Edwards school from Sheffield. On Saturday we headed into Lochain and the snow patches on the western flank to look at movement skills and then braved the winds and headed up onto the plateau which was actually no that bad. We then dropped into Coire Domhain were we found some good snow to do some ice axe arrests and a look at avalanche assessment before heading back to the car park via the goat track.
Sunday was and early start as the team had to head back to Sheffield. We headed up windy ridge to Ciste Mhearad were we had a look in the leftovers of some snow holes and used the steeper ground to look at some movement techniques on steeper terrain. We then headed up on to Cairngorm were we got some good views before heading back to the bus via the Cas.
A good weekend out with some super keen students. I now have a few days off before heading west to work for West Highland College first in the Ice Factor and then out snow holing. Lets hope winter continues.
Posted by Sandy Paterson at 1:45 pm